Started back in 2011, this design was released in six parts by the digital magazine, The Gift of Stitching. 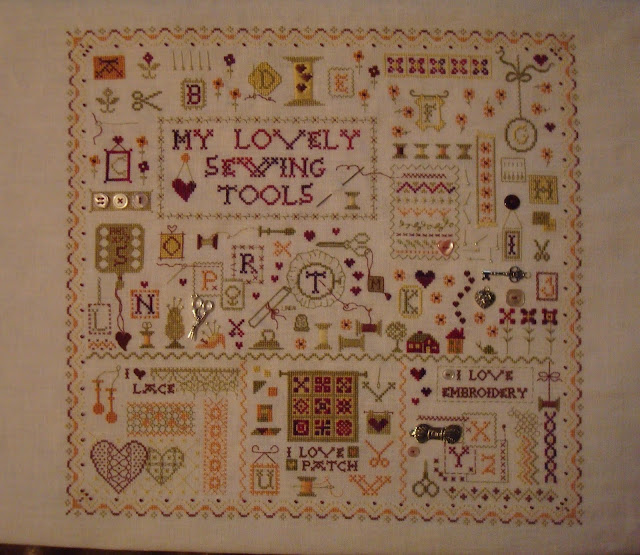 I made a few changes apart from using the DMC conversion.  I used a mixture of one strand and two to create texture.  For the dark red I used an anonymous variegated from my stash for the over two parts and DMC 315 for the over one parts.
I added the beads in the border, the flower centres and the heads of all the little pins.  Those pin heads are on of my favourite things.  I added charms and buttons according to what I had which would fit.  This is 40 count so I needed tiny things.

This part was charted for a brass heart charm, a key, a flower charm and a button: 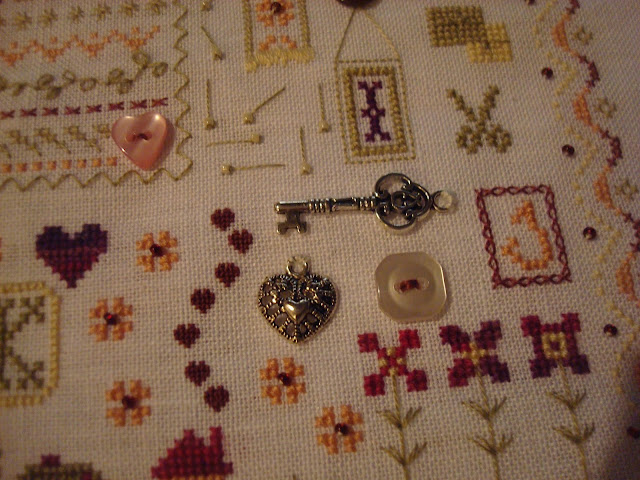 This part was charted for a crown but I really wanted these scissors to be near the S: 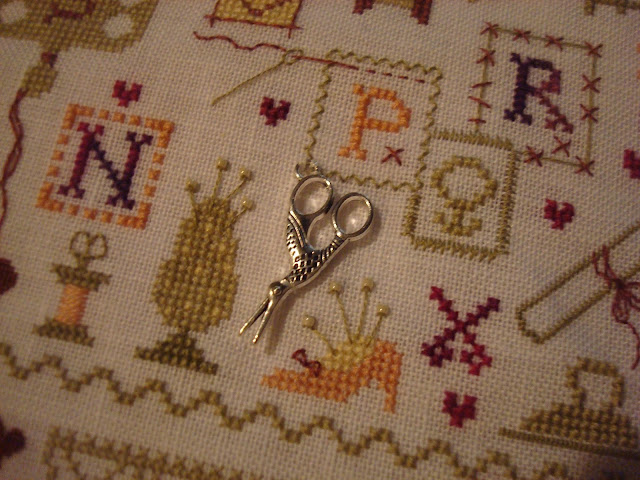 This part was charted for the scissors but I had the yarn charm so I wanted that to be near the Y.  It was a little bit big so I frogged the row of stitched under the herringbone and put it there.  Then added a button where the original charm had been: 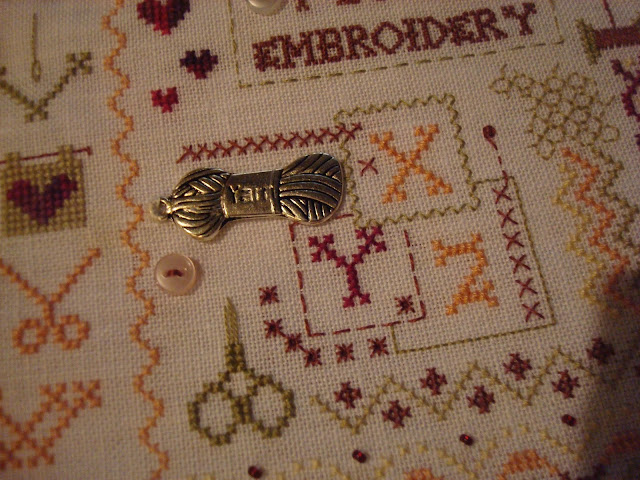 This is another favourite part.  My original idea was to add the needle I had been using but as I mentioned above, I use 28 petites and it looked too tiny.  So I added a 24 needle I used on a different project.  The chart showed a stitched needle not a real one. 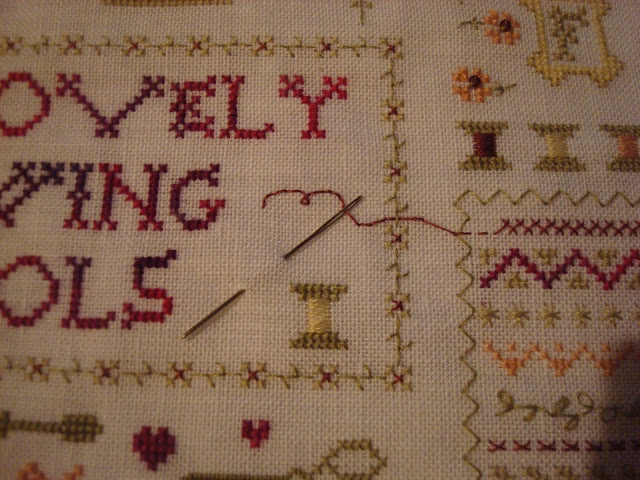 Cute buttons from the local haberdashery, chosen by my friend's daughter with the instructions "they must be under 8mm" 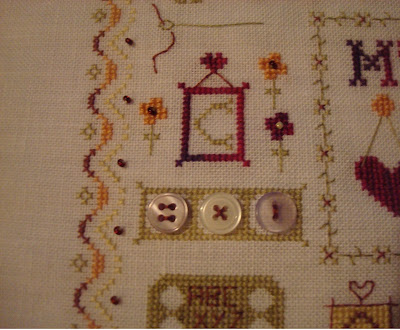 All the spools were satin stitched: 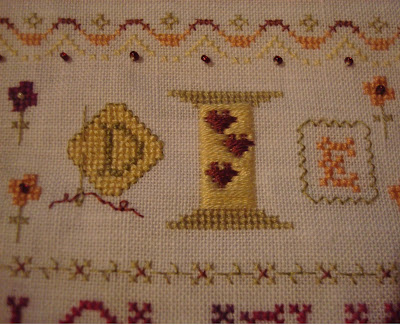 Adorable tiny over one stitches on 40 count and a sweet little tassel: 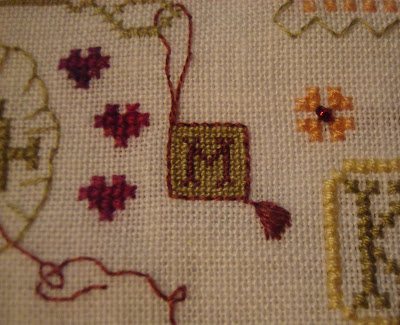 Posted by Jo who can't think of a clever nickname at 12:38