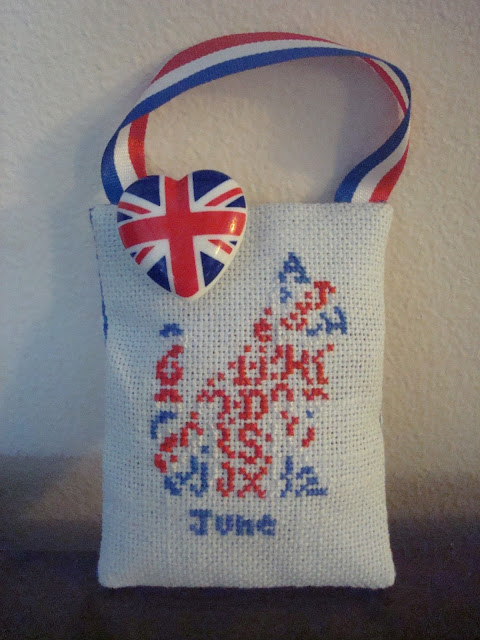 June's kitty is a patriotic red, white and blue kitty to celebrate the Queen's Official Birthday and also the 60th Anniversary of the Coronation.  The Queen's Diamond Jubilee was last year as she ascended to the throne in 1952 but it took a year to plan her coronation.

Kitty is stitched on some pale blue 28 count evenweave.  I drew an Union Jack pattern on graph paper using pencil then carefully inked in the letters in red, blue and yellow (so it would show up).  Then just stitched as usual.  The white isn't very clear and the alphabettiness isn't as obvious on this kitty but as part of the set it will look good. 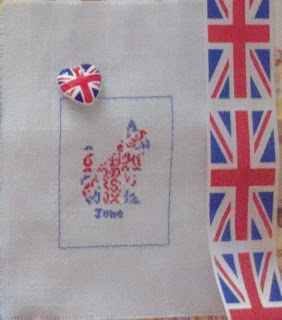 I stitched the flag ribbon onto a piece of aida then used it to back the ornie.

Posted by Jo who can't think of a clever nickname at 14:05