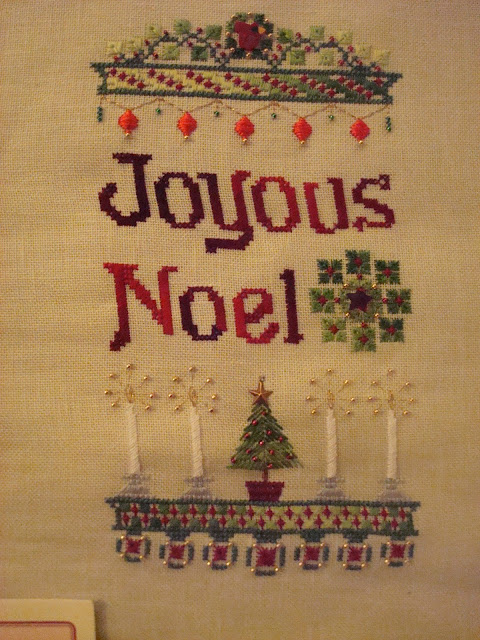 I won this chart from Shirlee, the Easily Influenced Stitcher.  It arrived on 18th December, I ordered the fabric, satin thread and charms on the 19th, they arrived on the 21st, I started stitching on the 22nd and finished on the 2nd January.

I used all DMC but did get the DMC satin for the baubles which is a PITA to stitch with but looks great.  It would have been easier if I'd needed 2 strands because I use the secured needle method of stitching so less slippage but for coverage, three strands were needed.

I used a Just Buttons cardinal instead of the Mill Hill bird (cheaper and nicer) but as it was slightly bigger I used it on the top garland instead of the round wreath, which now has the red star. The variegated threads worked well on this.  The green is DMC 92 and the red 115 (of course!).

I do enjoy having a seasonal stitch to work on over Christmas and this was a lovely one.  The fabric is 28 count platinum linen and has distorted a little due to the satin stitching in the words so I think I'll get it professionally stretched and framed.  I got a framing voucher for Christmas so that's ok! 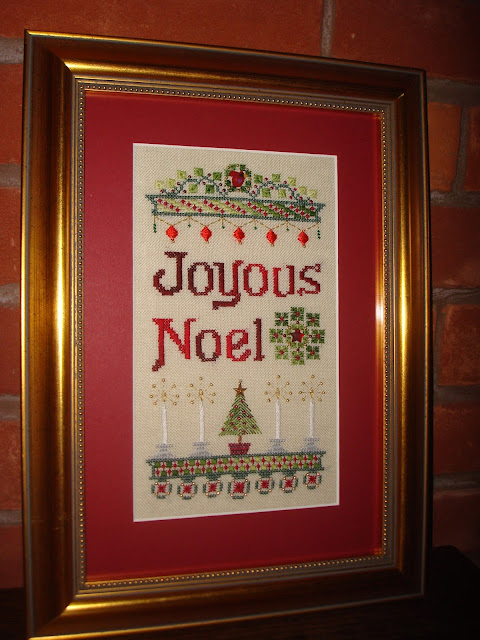 Posted by Jo who can't think of a clever nickname at 15:01